Indiana among finalists for Trevon Bluiett 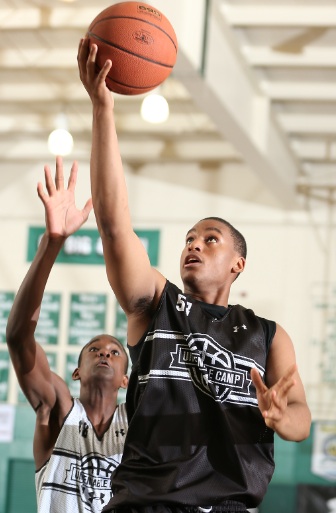 Park Tudor forward Trevon Bluiett announced seven finalists in his recruitment on Wednesday night and Indiana is among the schools still in the running for ESPN.com’s No. 41 player in the class of 2014.

Indiana was the first school to offer Bluiett a scholarship during the fall before his freshman season. In all, the 6-foot-5 wing amassed over 25 scholarship offers before trimming his list.

As a teammate of IU point guard Yogi Ferrell, he helped lead the Panthers to consecutive Class 2A state titles in 2011 and 2012.

His high school coach for his first three seasons at Park Tudor, Ed Schilling, is now an assistant coach at UCLA under Steve Alford.

For much of his recruitment, Bluiett has named Butler, Indiana and Michigan as three of the schools showing the most consistent interest.

In Nike Elite Youth Basketball League (EYBL) play this past spring and summer, he averaged 19.3 points on 46.7 percent shooting from the field, 4.1 rebounds and 4.1 assists over 22 games for Spiece Indy Heat.

Bluiett is expected to sign a National Letter of Intent in the early signing period, which begins on November 12.

James Blackmon Jr., who committed to Indiana in September of 2010, was an AAU teammate of Bluiett for several years.