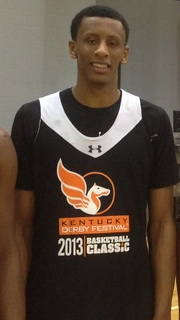 Williams shot 9-of-13 from the field, hit both of his 3-point field goal attempts and also had five rebounds, four assists and a block.

It was the 40th year for the event, which drew 10,205 fans, including many IU supporters.

The black team trailed 68-64 at halftime, but took control early in the second half as Williams set the tone with seven quick points.

In total, the five Indiana signees scored 60 of the black team’s 124 points.