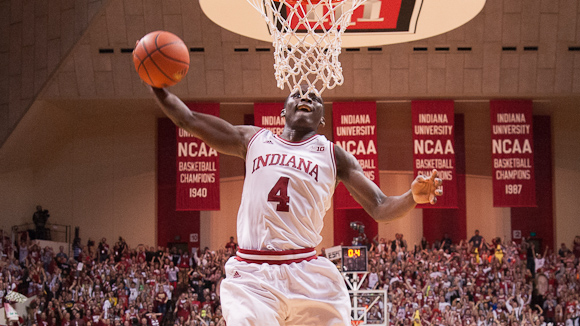 After a long hiatus (also known as post-Sweet 16 depression) Podcast on the Brink is back to talk about Victor Oladipo and Cody Zeller’s decisions to go pro and recap the year that was for the Hoosiers.

Co-hosts Matt Dollinger and Justin Albers are joined by Indy Star columnist Bob Kravitz to discuss Oladipo and Zeller’s prospects in the NBA as well as Indiana’s season-ending loss to Syracuse.

Among the other topics discussed this week:

· Indiana’s projected starting lineup for next season
· Who will make the better pro: Oladipo or Zeller?
· Was this year ultimately a disappointment for IU?
· What went wrong against Syracuse in the Sweet 16
· Yogi Ferrell, Will Sheehey, Hanner Mosquera-Perea next year