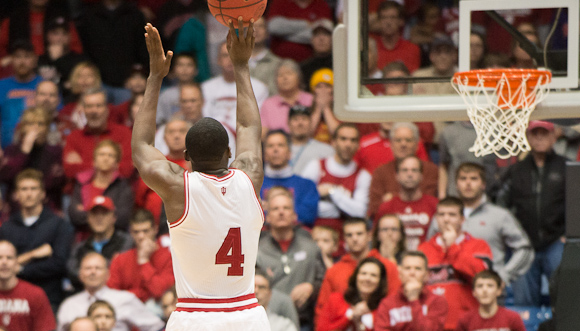 UPDATE: In a news conference on Branch McCracken Court at Assembly Hall, Victor Oladipo announced that he will forgo his senior year at Indiana and enter the 2013 NBA Draft.

We’ll have more on this developing story.

Indiana fans won’t have to wait much longer to learn what’s next for All-American guard Victor Oladipo.

The 6-foot-5 junior from Upper Marlboro, Maryland, will announce his “future plans” in a 4 p.m. news conference today at Assembly Hall. He will be joined by Tom Crean.

The news conference will be aired live on IUHoosiers.com and BTN.com.

Oladipo averaged 13.6 points, 6.4 rebounds and 2.2 steals per game and shot 59.9 percent as a junior and was the first IU player to be named a first team Associated Press All-American since A.J. Guyton in 2000.

He was also The Sporting News national player of the year.