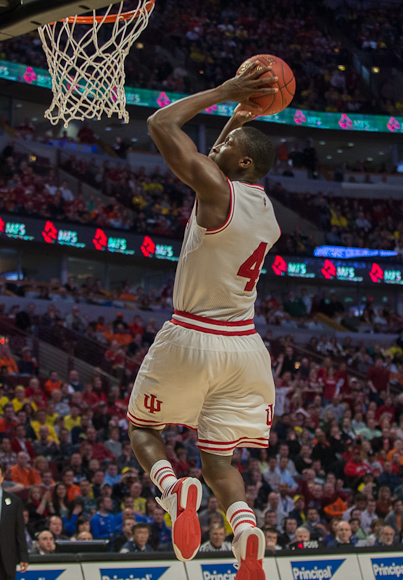 Indiana junior Victor Oladipo was named a first team All-American by the Associated Press on Monday afternoon and his teammate, sophomore Cody Zeller, was named to the second team.

Oladipo becomes the first Hoosier to be named first team AP All-American since A.J. Guyton in 2000. He averaged 13.6 points, 6.4 rebounds and 2.2 steals per game and shot 59.9 percent.

“I’m kind of speechless to be with the great names in college basketball, the NBA, in basketball history,” Oladipo told the Associated Press. “To be put in a sentence with them only makes me want to work harder.”

Zeller, who was on the AP’s preseason All-American team, averaged 16.5 points, 8.0 rebounds and 1.3 blocks and shot 56.2 percent from the field.

He was also named first team All-Big Ten last month and a third team All-American by The Sporting News.