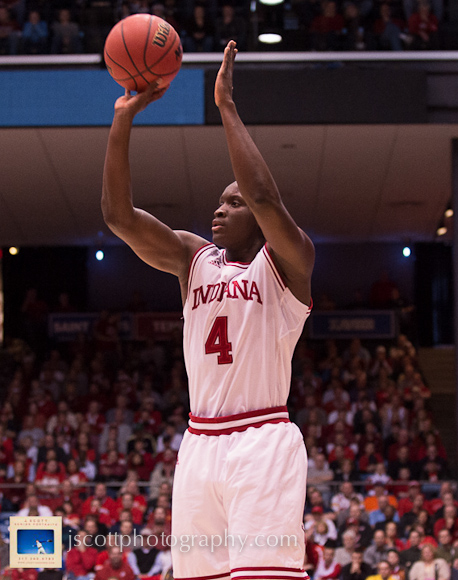 DAYTON, Ohio — In a lot of ways, Temple’s Khalif Wyatt and Indiana’s Victor Oladipo are spitting images of one another. Both were under recruited and overlooked by most of the country when they were in high school, and both have blossomed into two of the best players in college basketball.

Wyatt, the player of the year in the stacked Atlantic 10 Conference, was rated as just a two-star recruit by Rivals.com. He had only three offers — Temple, Delaware and St. Joe’s. He was overlooked because of his uncommon build for a guard (6-foot-4, 215 pounds), and his rather unorthodox playing style.

Wyatt has found his niche with Fran Dunphy and Temple, though it didn’t work at first.

“In the beginning, he had his way of doing things and I had mine,” Dunphy said Saturday. “We were trying to get together on it, but he was a pain in the butt sometimes, and he’ll be the first to tell you. But he’s grown. … Now he’s a very low-maintenance guy. Early in his career he was killing me with high maintenance.”

Oladipo’s story is one you probably know much better. It’s been written and talked about time and again this season. He was an athletic, gregarious kid without a basketball skill set. He couldn’t shoot, dribble or score all that well, so he focused on defense.

On Sunday afternoon in Dayton, Wyatt and Oladipo will meet. It figures to be some matchup to watch.

Dunphy said what makes Wyatt a great player and what made him a recruiting target years ago is and was his fearlessness as a player. Wyatt averages more than 20 points per game on the season, and he has scored 30 or more in two of his last three games. He put 33 points on Syracuse in a winning effort earlier this season.

“He’s really good,” Oladipo said. “This won’t be the first time I’ve seen him play. He can score the basketball in different ways.”

“Well, he knows he’s really good,” added Indiana coach Tom Crean. “I don’t know the young man, but he knows he’s really good. You can tell that there’s no moment that’s too big for him. The bigger the stage, it doesn’t make any difference, I would think, just to have the success that he’s had. And he can do he can get it to the rim, he can score on a pull-up, he can make threes from range, and he can find his teammates.”

Wyatt injured the thumb on his non-shooting hand in Friday’s second-round game against N.C. State. He had X-rays taken, but they came back negative.

Dunphy said Wyatt was able to practice fine Saturday and was able to catch the ball normally.

“I don’t think it’s real severe,” Dunphy said. “The doctor looked at it today and taped it up, and he did pretty well. So I don’t think it’s a huge concern. Even if it were, he’s not going to let me take him out of the game. He wants to play.”

When asked about the Indiana program on Saturday afternoon, Dunphy said he couldn’t possibly have greater respect for a school than he does for Indiana. He knows the talent the Hoosiers possess — and the speed at which they play — will pose serious problems for his team on Sunday.

“We’re going to have to do a really good job of resting on offense sometimes because we’re not going to be able to rest on defense,” Dunphy said. “Very impressive team.”

Quote of the day

“You could take a nap during some of these timeouts. They’re long. And for me, I don’t have that much to say. I’m not that interesting of a guy. I’m done in 20 seconds. That’s why we practice every single day. … You’ve got to sit there. I drink a little bit more water and think about it.”