Around the Hall: Varying opinion on IU’s tournament outlook 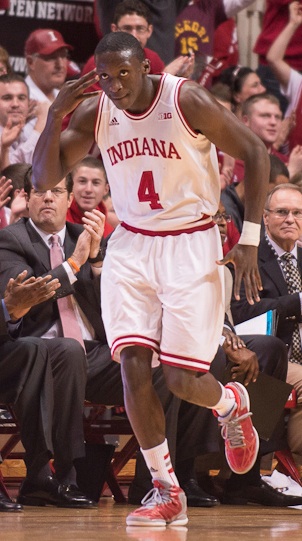 · Nate Silver of The New York Times has advancement probabilities for every region and has IU at a 52.3% chance of reaching the Final Four.

· Luke Winn of Sports Illustrated pencils in Indiana and Louisville as the favorites to win the national championship.

· Pat Forde of Yahoo! Sports delivers a NCAA Tournament edition of Forde Minutes and includes the Hoosiers among the teams with the best chance to cut down the nets in Atlanta.

· Myron Medcalf of ESPN.com has ten bold predictions for the tournament including this: Indiana will win every game, prior to the Final Four, by double digits.

· Eamonn Brennan of ESPN.com believes that despite missing out on the Midwest No. 1 seed, Indiana still got a better deal than Louisville.

· Bob Kravitz of The Indianapolis Star writes that while IU deserved the No. 1 overall seed, its initial games aren’t daunting.

· The East region preview from NBCSports.com predicts an IU-Miami final with the Hoosiers marching on.

· The Dagger on Yahoo! Sports has the Hoosiers marching on to Atlanta.