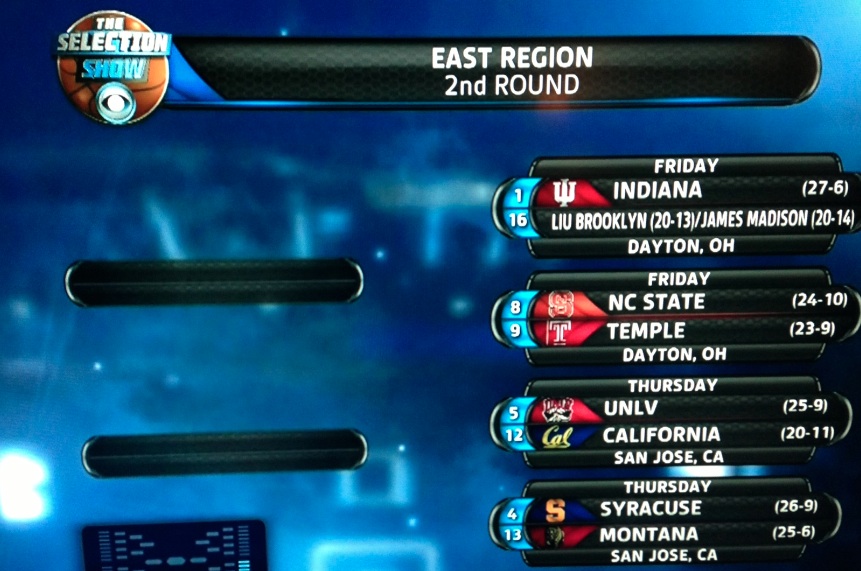 The brackets for the 2013 NCAA Tournament have been revealed.

Indiana earned a No. 1 seed in the East region (Washington D.C.) and will open the tournament against either LIU Brooklyn or James Madison on Friday, Mar. 22 in Dayton at the University of Dayton Arena.

The game will tip at approximately 4:10 p.m. ET on TBS with Jim Nantz, Clark Kellogg and Tracy Wolfson on the call.

We’ll have reaction from Tom Crean and a couple of IU players later this evening, but what do you think of the Hoosiers’ draw? Do you like IU’s path to the Sweet 16 and beyond? Or did the committee not do IU’s overall resume justice placing as the third No. 1 seed behind Louisville and Kansas?