March Watch: IU has work to do for No. 1 seed 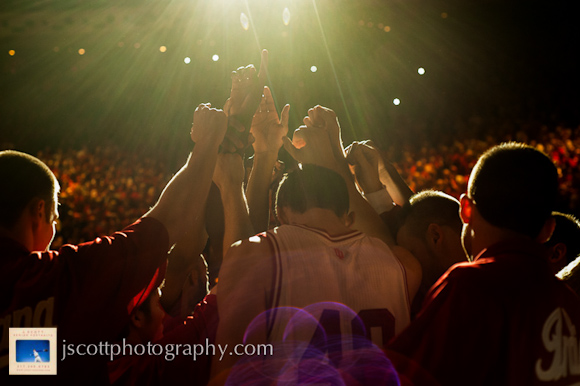 Only nine days remain until Selection Sunday and with losses in two of its last three games, Indiana has an important stretch on the horizon if it hopes to open NCAA Tournament play as a No. 1 seed. The Hoosiers have already clinched a Big Ten regular season championship and can win it outright with a win on Sunday at Michigan. With just one regular season game and the Big Ten Tournament to go before March Madness commences, it’s time for another edition of March Watch, a look at where Indiana stands in terms of the NCAA Tournament.

The Hoosiers have played twice since our last update, splitting a pair of home games with Iowa and Ohio State and already own a share of the regular season Big Ten championship. The loss to the Buckeyes dropped Indiana from the top spot in the s-curve of ESPN bracketologist Joe Lunardi.

The Hoosiers remain the No. 1 seed in the Midwest in the most recent projections of Lunardi and Palm, which were updated after last night’s games. The SI projection has not been updated this week. IU had fallen off the No. 1 in the Midwest following the loss to Ohio State, but after Georgetown was beaten last night, Kansas was shifted from the midwest to the south in place of the Hoyas. IU was then moved from the east to midwest and Duke was inserted as the new No. 1 in the east. Louisville now looks to be a strong contender for the midwest No. 1 as the Cardinals can win a share of the Big East regular season championship with a win over Notre Dame this weekend. Crashing the Dance, which uses brackets from the past to predict what the selection committee will do, has dropped IU to the top No. 2 seed.