An updated look at the race for the Big Ten title 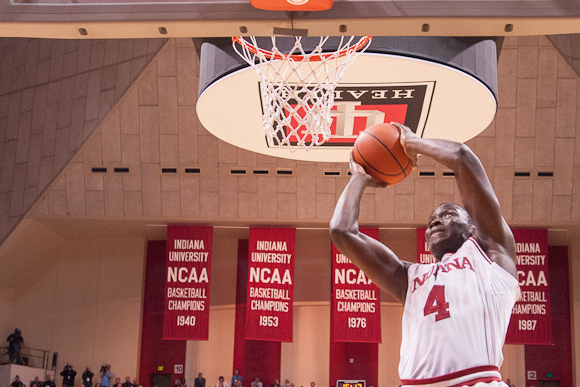 Losses by Indiana and Michigan the past two nights have made the race for the regular season Big Ten championship even more interesting with just three games to play for the league’s top five teams. (Note: There are no tiebreakers for the regular season championship. A tie at the top of the standings would result in a shared title. Tiebreakers are only applicable for seeding in the conference tournament.)

Here, again, is a look at the road each team faces the rest of the way and an updated outlook on their chances to capture the league crown:

· Outlook: Despite Tuesday’s loss at Minnesota, the Hoosiers still control their own destiny with a one-game lead in the loss column over both Michigan State and Wisconsin. Indiana can win the outright Big Ten title by winning out or by finishing 2-1 the rest of the way with the Spartans and Badgers both dropping a game.

· Outlook: The Spartans have dropped two consecutive games and still have a road trip to rival Michigan and a home date with Wisconsin on the schedule. All three games are certainly winnable, but the Wolverines are unbeaten at home and the Badgers are currently the league’s hottest team that will be looking to avenge a narrow loss in Madison.

· Outlook: The Badgers have the most favorable schedule the rest of the way with the exception of a game at the Breslin Center. If the Badgers can win out and Indiana drops another game, Bo Ryan’s club would share the Big Ten title with the Hoosiers and by tiebreaker, receive the No. 1 seed in the Big Ten Tournament.

· Outlook: Michigan’s loss at Penn State likely ended its hopes for a second straight Big Ten title. The Wolverines still have home games with Michigan State and Indiana and a road trip to Purdue is no sure thing given their track record on the road (3-5 in Big Ten play). If the Big Ten season ended now, Michigan, ranked No. 4 in the country, would be the No. 5 seed in the conference tournament.

· Outlook: Like Michigan, the Buckeyes are technically still in the race, but they would need a lot of help to get a piece of the title. Even if Ohio State wins out, it would be officially eliminated if IU beats Iowa and Michigan.

All projected records via KenPom.com.