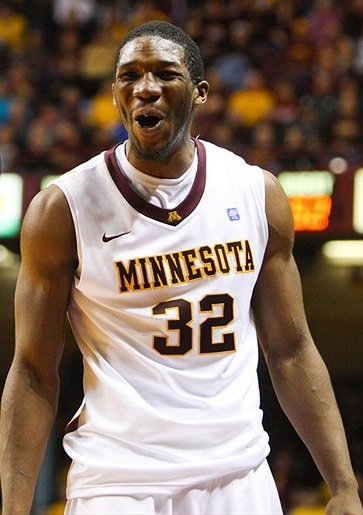 Indiana returns to action for the first time in a week on Tuesday night with a trip to Williams Arena in Minneapolis to take on Minnesota. The Golden Gophers are just 6-8 in conference play, but are 5-2 at home. The Hoosiers won the first meeting between the two teams, 88-81, on Jan. 12 at Assembly Hall.

The game will be broadcast on ESPN at 7 p.m. with Mike Tirico, Dan Dakich and Sam Ponder on the call:

With last Tuesday’s win at Michigan State, Indiana now controls its own destiny in the race for the Big Ten regular season championship. The Hoosiers are two games ahead of the Spartans, Michigan and Wisconsin in the loss column.

The road doesn’t get any easier tomorrow as “the Barn” has historically been a tough place to play, but working in IU’s favor is the fact that Minnesota is in the midst of a skid. The Gophers have lost four of five and are coming off a pair of blowout road losses: 72-51 at Iowa and 71-45 at Ohio State.

As tough as wins have been to come by for Tubby Smith’s team as of late, Minnesota did come into Assembly Hall earlier this season and push Indiana to the brink after getting crushed in the first half. Minnesota actually had an opportunity to draw the game even late before Jordan Hulls iced the game with free throws.

That was during a stretch where the Hoosiers were struggling to finish off games and had yet to put together anything close to a complete game of strong play in the Big Ten. Things have changed in that regard in recent weeks as the Hoosiers won running away at Ohio State and then won in East Lansing for the first time since 1991.

Minnesota is balanced offensively with five guys scoring nine or more points per game, but no player averages more than 13.6 points. The Gophers start three guards in Austin Hollins, Andre Hollins and Joe Coleman, and each brings a different dimension. Andre Hollins is the team’s leading scorer, shoots 39 percent on threes and 79.8 percent from the foul line. The sophomore guard also averages a team-high 3.3 assists and has a 25 percent assist rate.

Austin Hollins is second on the team in scoring at 11.1 points per game, but has struggled from the perimeter in conference play. He’s hitting just 34.6 percent of his attempts from distance and was 0-of-4 in the loss at Ohio State. Coleman has scored in double figures just once in Minnesota’s last 10 games, but is one of the more physical guards in the league.

Up front, Rodney Williams is coming off his worst performance of the season in Columbus. The senior went scoreless in just eight minutes, but has otherwise put together a respectable season. Williams is solid on the offensive glass (9.7 OR%), makes 54.1 percent of his twos and can help the Gophers capture momentum with his ability to finish above the rim. Sixth-year senior Trevor Mbakwe has been dominant on the glass (15.6 OR%, 23.8 DR%). Both figures rank second among Big Ten players. Mbakwe is also getting to the line at a blistering pace as he’s taken 127 free throws, but is only knocking down 61.4 percent of his attempts.

Minnesota continues to set the pace as the nation’s best offensive rebounding team, but the Gophers are just seventh in Big Ten play on the defensive glass. In the first meeting between the two teams, Minnesota was able to rebound 40.5 percent of its misses, but allowed Indiana to shoot an effective field goal percentage of 58.5, which was one of the differences in the game.

Taking care of the ball has been a major problem the Gophers as they rank 275th nationally in turnover percentage and are coughing the ball up on 22.7 of their possessions in conference play, which is the worst rate in the league. Minnesota has also been inept at guarding the 3-point line in Big Ten play as opponents are shooting 37.2 percent from distance. That’s an area Indiana will certainly look to exploit as the Hoosiers are shooting a league-best 43.4 percent on threes. (Editor’s note: Ryan breaks down Minnesota’s struggles to guard the 3-point line in the premium forum.)

Despite the recent struggles, Minnesota’s current skid doesn’t negate the fact that the Gophers have one of the better home court advantages in the Big Ten. And even with how poorly the Gophers have played in recent weeks, the last time the Hoosiers went on the road against a struggling team, Illinois, a late collapse led to a loss. Most of IU’s regulars have experience winning in Minneapolis under their belt as IU went there and won 69-50 last February.

The importance of this game for Indiana is fairly significant. If the Hoosiers can win it, they will have the opportunity to clinch a share of the Big Ten championship in Saturday’s game with Iowa and potentially win it outright on senior night against Ohio State on March 5. Given where the senior class started out four years ago in conference play (3-15), that opportunity would be the perfect way for this group to finish up their careers in Assembly Hall.

“We’re really focused on the games they’ve played the best in and we’re focused on how they played against us and the pressure that they brought against us and the movement that they have. Because that’s what we feel like we’re going to see tomorrow night. I have a ton of respect for that group of guys and certainly in knowing Trevor [Mbakwe], but in watching the rest of them develop over a period of time and a tremendous amount of respect for Coach [Tubby] Smith. They really get after you when they get into that press, when they’re trying to turn you over and that’s what we expect to see from them. We’ve focused on the best that Minnesota has to offer and not maybe the times where they haven’t played to their best. Because that’s, again, what we think we’re seeing night in and night out from people and that’s the way you want it.”