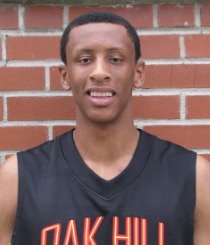 You can send us stats or results for this report to [email protected].

· Collin Hartman (Indianapolis Cathedral): Ten points in a 66-39 win at Center Grove on Feb. 21. Cathedral finished regular season with 13 straight wins and will play Lawrence North in the Warren Central sectional on Tuesday.

· James Blackmon Jr. (Ft. Wayne Luers): Thirty-three points in an 89-72 win at Ft. Wayne South on Feb. 20. Bishop Luers finished the regular season 13-6 and will play the winner of Adams Central and Churubusco on Friday in the South Adams sectional.