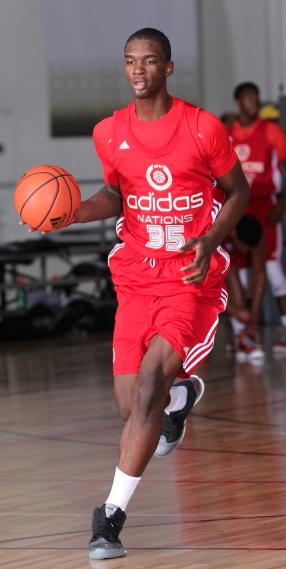 For the third straight year, Tom Crean will bring a McDonald’s All-American to Bloomington.

Cody Zeller was Crean’s first McDonald’s All-American in 2011 and Kevin “Yogi” Ferrell was selected in 2012. The latest Indiana signee to get the prestigious nod is Noah Vonleh.

Vonleh will be on the East roster and is the only Big Ten recruit in the game. The 24-man roster was announced on Thursday evening.

For the third consecutive year, the game will be played at the United Center in Chicago. It will tip-off at 9:30 ET on ESPN.

“As talented and as skilled as he is, that upside, it’s hard to imagine it,” Crean said of Vonleh in December. “He’s incredibly unselfish. They can give him the ball at the top of the key in a 1-4 set, and he’ll deliver the ball. He’s like Cody in that he doesn’t look for his offense nearly enough. He’s another one of those young guys we have here who is untapped in the sense that they have no idea how good they can be.”

Vonleh, who attends New Hampton Prep in New Hampshire, is the 27th McDonald’s All-American to sign with Indiana.

He will also participate in the Jordan Brand Classic at the Barclays Center in Brooklyn, N.Y. and the Nike Hoop Summit at the Rose Garden in Portland, Oregon.

A complete list of McDonald’s All-Americans to attend Indiana is available after the jump.