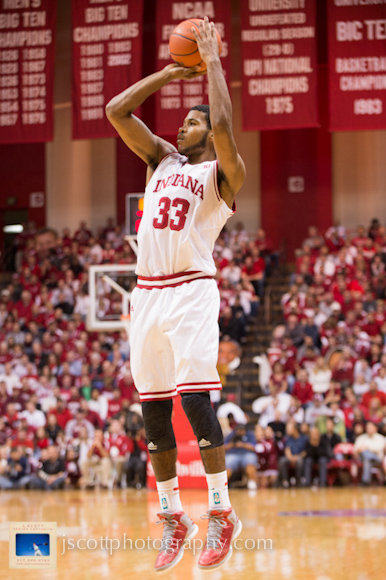 Earlier this afternoon, Indiana Athletics Director Fred Glass announced that IU freshman Jeremy Hollowell has been reinstated and will be eligible to play Monday afternoon as the Hoosiers open Big Ten play in Iowa City.

Here’s the complete statement from Glass:

Earlier today we were advised by the NCAA that they have accepted our self-reported secondary violation involving Jeremy Hollowell and, consistent with our proposal, immediately reinstated his eligibility. He will travel with the rest of the team to Iowa and be eligible to play in that game and all other games going forward. I would like to thank the NCAA for its assistance and responsiveness, especially during this holiday season when their office is officially closed.

I also thank Jeremy Hollowell and his mother Chandra Lockett who raised this issue and have continued to be forthright and forthcoming throughout this matter. Finally, I thank our athletic department and men’s basketball staff who worked diligently and professionally to help bring this to a positive conclusion.  I am proud of how Indiana University has handled this situation. We will release the details of this matter later this week. Until then we will have no further comment.

Hollowell has appeared in 10 games this season and has averaged 5.7 points and 3.0 rebounds.