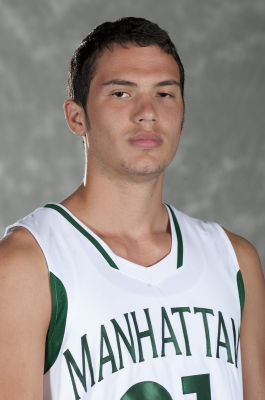 As first pointed out Tuesday on Yogi Ferrell’s Twitter account, Indiana is adding former Park Tudor guard Paul Bayt to its roster as a walk-on.

Bayt played his first two high school seasons at Cathedral before finishing up under Ed Schilling at Park Tudor. He averaged nearly 15 points and shot close to 40% from the 3-point line in his two seasons at Park Tudor.

Here’s the full release from IU:

Carmel native and Park Tudor graduate Paul Bayt, a 6-4 guard, will walk on at IU after spending the first semester at Manhattan College.

He did not appear in any games for the Jaspers and must sit out one year to meet NCAA eligibility requirements.

“We are excited to have Paul at Indiana,” said IU Coach Tom Crean.  “He is a well-coached, well-rounded winner who is an outstanding representative in the classroom. Along with Yogi, Paul played an integral part winning two state championships for one of the top programs in the state of Indiana in Park Tudor. He brings some Division I experience to IU but more importantly he brings a great attitude and an ability to shoot the basketball.”