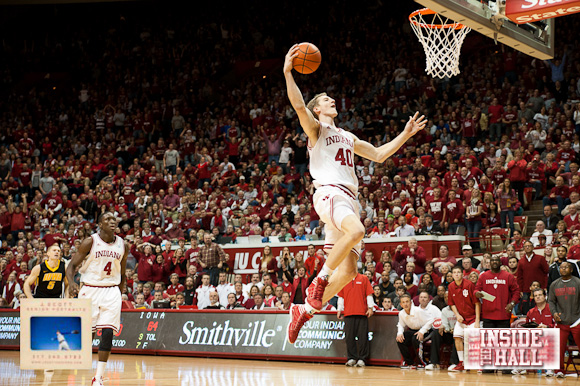 Comment: A lot of players under consideration for this third and final team including Ryan Evans of Wisconsin, Brandon Paul of Illinois, Adreian Payne of Michigan State and Aaron White of Iowa. An argument can be made for each player, but Oladipo and Marble took the final two spots because we’re expecting both to make even larger strides in their junior campaigns.

Comment: While Mbakwe was in our top 5 players in the league back in August, his recent legal woes could either serve as motivation or a distraction. Frazier will be on a lot of preseason first teams as well, but he misses with us due to being inefficient offensively, whether it’s his fault or not.

Comment: The surprise here is Crawford, who will shoulder an even bigger load with the departure of Jon Shurna and as a result, should put up monster numbers. The other four picks were no-brainers.

SIXTH MAN OF THE YEAR: Will Sheehey, Indiana