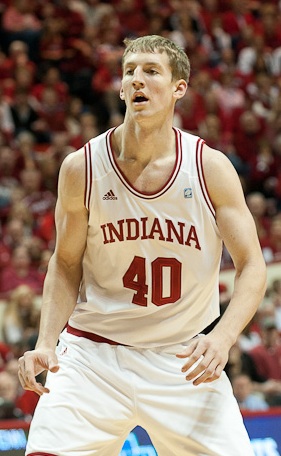 We tip-off our 2012-2013 Big Ten preview today with a look at ten non-conference games, listed in no particular order, that you’ll want to mark on your calendars as must see.

Another year, another game on an air craft carrier to open the college basketball season. This year’s game won’t have the same national appeal as last year’s tilt between Michigan State and North Carolina in the San Diego Bay, but the post-Jared Sullinger era will get underway for Thad Matta outdoors against a Big East opponent in front of a national television audience.

The second year of the Champion’s Classic shifts south to the Georgia Dome (also the site of the 2013 Final Four) and will open with a pair of teams expected to be in the top ten in the preseason polls. Tom Izzo’s non-conference schedule is once again ambitious in East Lansing, so we’ll know quite a bit about the Spartans by the time the Big Ten season rolls around.

After a run to the Elite 8, Florida should once again open the season in the top 15 thanks to the return of Patric Young, who many expect to be the SEC’s player of the year. Wisconsin will re-tool a bit following the graduation of Jordan Taylor, but the Badgers return just about every other important piece and add Sam Dekker on the wing.

This could be among the best non-conference games in all of college basketball if North Carolina State freshman Rodney Purvis’ eligibility issues are resolved. The Wolfpack return four starters, including one of the ACC’s best front court players in C.J. Leslie, and Michigan’s backcourt of Trey Burke and Tim Hardaway Jr. will be one of the nation’s best. This game will also feature a star-studded cast of freshman in Purvis, T.J. Warren, Tyler Lewis, Mitch McGary and Glenn Robinson III.

Assembly Hall was unkind to opponents a season ago as the Hoosiers went 18-1 at home and laid the foundation for what is expected to be a magical season in Bloomington. Despite the loss of four NBA Draft picks, James Michael McAdoo opted to return for his sophomore season and will be surrounded by a deep cast of backcourt and wing players who will have the Tar Heels back in the ACC title hunt. McAdoo going head-to-head with Cody Zeller should be one of the premier front court matchups all season.

Considering this is probably the third best game in the event on paper, the matchups in this year’s Big Ten/ACC Challenge are terrific. The loss of Miles Plumlee will leave a gap in Duke’s front court, but Ohio State has some question marks on their front line as well with Amir Williams and Evan Ravenel looking to step in for Sullinger. Both teams, however, have strong backcourts with Aaron Craft leading the way for Ohio State and Seth Curry and Quinn Cook returning for Duke and five-star Rasheed Sulaimon arriving.

After falling to Marquette at the Kohl Center last December, Wisconsin will look for payback when they make the 80-mile drive across the state. It’s no secret these two programs don’t like each other and while Marquette could be regress following the graduations of Jae Crowder and Darius Johnson-Odom, the Golden Eagles return three starters from a team that made the Sweet 16.

Indiana won the meeting between these two teams easily a season ago in Bloomington, but the game shifts to a neutral court in Indianapolis this year and Butler adds Rotnei Clarke, who should be a major upgrade offensively over Ronald Nored. The problem for the Bulldogs, as will be the same for most teams Indiana faces, is this: Who will slow down Cody Zeller?

This is the third of three marquette non-conference games for the Buckeyes and it’s probably their stiffest challenge with Jeff Withey’s return to anchor the front line for Bill Self. Even with the losses of Thomas Robinson and Tyshawn Taylor, the Jayhawks are expected to land atop the Big 12.

After a disappointing 2011-2012 season, Texas should be much improved with a year of experience in the books for point guard Myck Kabongo and a talented freshman class arriving on campus. Michigan State, on the other hand, should be rounding into form for Big Ten play right around this time after their challenging non-conference slate.