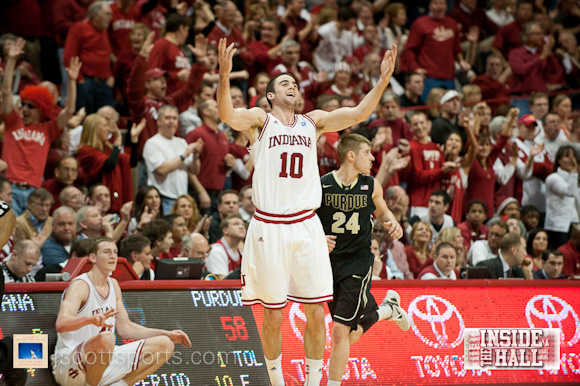 Indiana University announced the complete men’s basketball schedule for the 2012-2013 season this morning. The entire non-conference schedule had already been revealed, but now the finalized schedule with all Big Ten dates is out.

Start times, broadcast information and an exhibition game will be solidified at a later date.

Indiana’s non-conference portion of the schedule is highlighted by a home game with North Carolina in the ACC/Big Ten Challenge, a neutral court meeting at Conseco Fieldhouse with Butler in the Crossroads Classic and a trip to Brooklyn to play Georgia and Georgetown or UCLA in the new Barclays Center.

The Hoosiers will open the Big Ten season on Monday, Dec. 31 in Iowa City against Iowa. IU will play just one game against Illinois (away), Northwestern (away), Nebraska (home) and Wisconsin (home) while facing every other Big Ten team twice.

Indiana will also host Michigan for College GameDay on ESPN on Saturday, Feb. 2.

“The thing I am most excited about is that all of our conference home games are sold out. It will make for unbelievable environments, especially for Gameday,” Indiana coach Tom Crean said in a release. “The Legends Classic is an excellent early season tournament that will allow us to prepare for three distinct styles in Georgia, Georgetown or UCLA. I like the fact that we are able to have a game with an emerging in-state opponent like Ball State. Obviously our game with North Carolina will draw a lot of interest nationally and the Crossroads Classic has a big following throughout the state. I think without question the Big Ten will be as good as any league in the country again this year.”

You can find the complete 2012-13 schedule after the jump or on our schedule page. 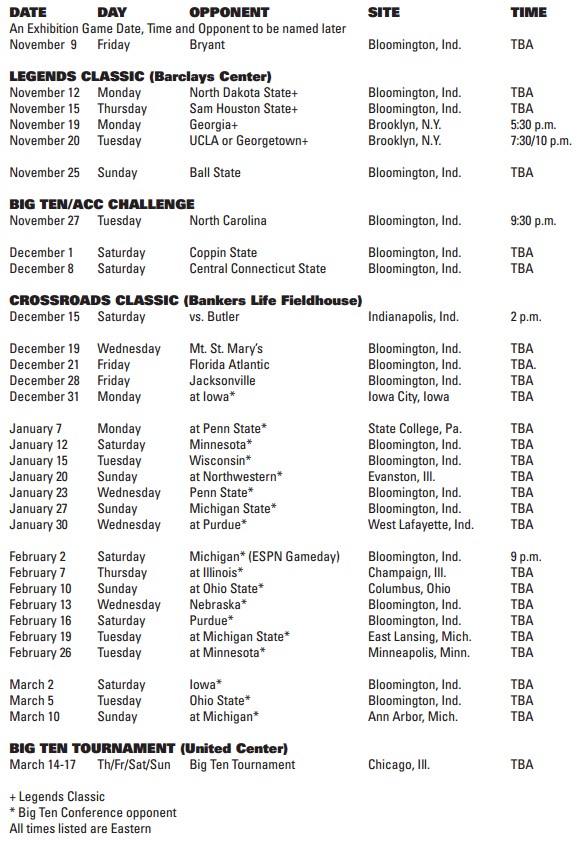