Around the Hall: More on Patterson, student tickets, bracketology 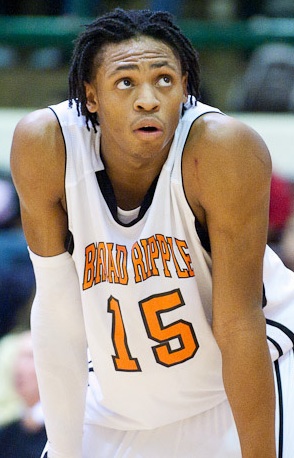 · Dustin Dopirak of The Herald-Times and The Hoosier Scoop has some further details on the Ron Patterson situation.

· The Indianapolis Star also digs into the faculty sponsorship program for athletes at Indiana.

· Zach Osterman of Inside Indiana writes that Patterson was “devastated” upon learning he would be unable to play at Indiana next season.

· Eamonn Brennan of ESPN.com looks at the huge demand for student tickets in Bloomington.

· Indiana checked-in at No. 7 in the latest Scout/Fox Sports Next recruiting class rankings for 2013.

· Scout/Fox Sports Next also updated its class of 2014 player rankings.

· Indiana is a No. 1 seed in the east region in ESPN’s latest Bracketology.

· CityLeagueHoops has a nice mix of highlights from adidas Nations.