Lyles, USA Blue 2014 to play for third at adidas Nations 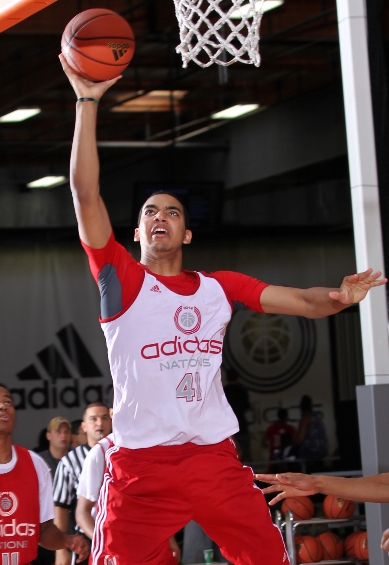 The game will air live at 8 p.m. eastern on the CBS Sports Network.

Lyles had 10 points, nine rebounds and two blocks in the loss.

In a 67-62 win over Australia last night, Vonleh had 14 points, 13 rebounds, four assists, three steals and a block.

Indiana junior forward Will Sheehey also participated in adidas Nations as a college counselor and was one of the standouts for Team Kenny.

In an 86-81 win last night over a team coached by Kelvin Sampson, Sheehey scored a team-high 15 points and pulled down five rebounds.

And in a Sunday morning scrimmage against Team Maz featuring Kentucky forward Kyle Wiltjer and center Willie Cauley, Sheehey scored seven points, had three rebounds and dished out three assists in a 44-42 win.

Filed to: Trey Lyles, Will Sheehey