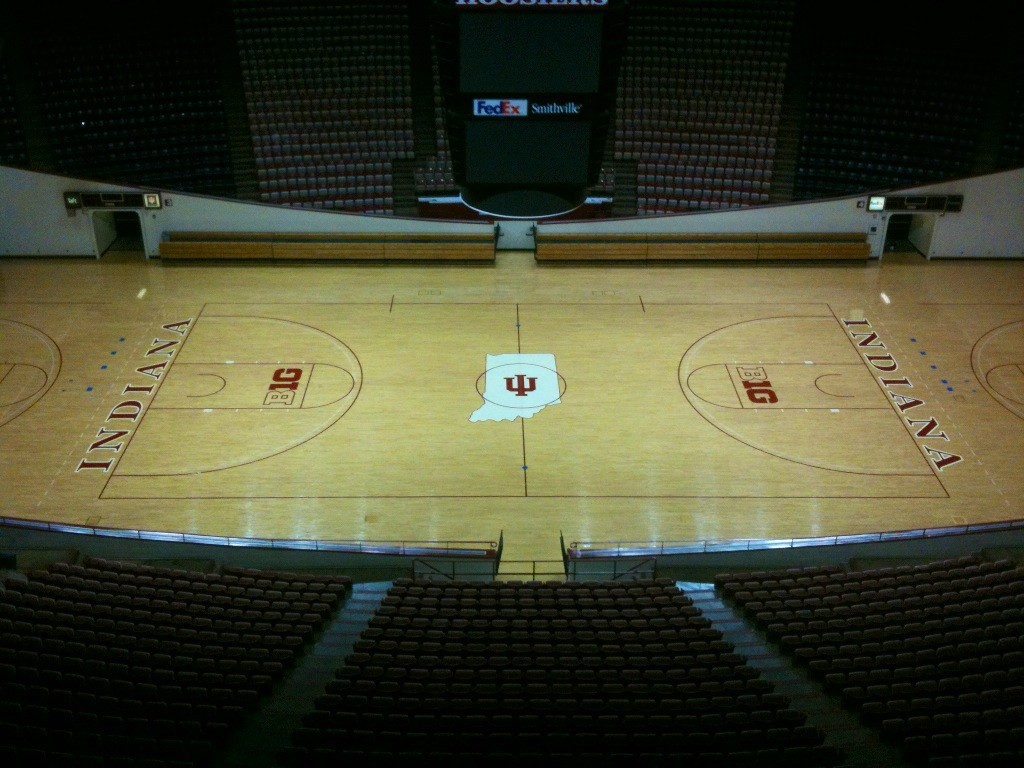 Tradition is a huge part of what makes Assembly Hall so special to Indiana fans. So perhaps that’s why today’s revelation that the Big Ten logo has been added to Branch McCracken Court will take some getting used to.

Via a retweet from Tom Crean, Justin Wright shared an image of the floor at Assembly Hall showing the Big Ten logos just inside the foul line.

As Brent Yarina of BTN.com points out, the change was likely required by the conference as all football fields are adding the logo this fall and basketball courts will likely see the change this winter. (Update: The logos are required this year for basketball, football, volleyball and wrestling and will be rolled out for every sport by 2015.)

While the addition of the logo is nowhere near as invasive as some examples elsewhere, some will argue it’s a change that takes a bit of the simplicity of the court design away.

Where do you stand on the addition of the Big Ten logos to Branch McCracken Court?