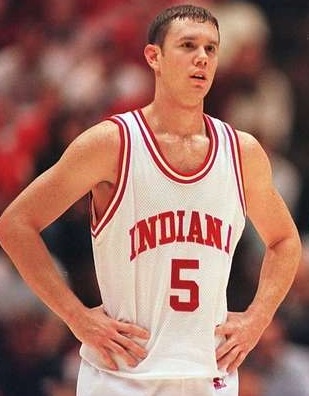 According to multiple reports, former Indiana guard Neil Reed died on Thursday at the age of 36.

The New Orleans Times-Picayune reports that Reed suffered a massive heart attack on Wednesday and passed away earlier today in Nipomo, California.

Reed played three seasons at Indiana and played in a total of 94 games, starting 72. A native of Metairie, Louisiana, Reed arrived at Indiana for the 1994-1995 season.

He was a McDonald’s All-American at East Jefferson High School.

Reed averaged 9.3 points, 3.0 assists and 2.3 rebounds before leaving the team following his junior season. He played his entire freshman season with a separated shoulder, averaging 5.9 points in 30 games.

The Louisiana native finished his collegiate career at Southern Mississippi, where he averaged 18.1 points as a senior.

More recently, according to The Times-Picayune, Reed was a teacher and coach at Pioneer Valley High in Santa Maria, California.

Reed is survived by his wife, Kelly, and daughters Marley and Presley.

We are shocked and saddened by the death of former Hoosiers basketball player Neil Reed. Our deepest sympathies go out to his family. #IUBB

Prayers go up for Neil Reeds family and children. No matter what happens, I’d never wish an untimely death on anyone. Children lost their

Father, wife lost her husband and a mother & father lost their son. There are no winners in this. IU family, be so kind to send up prayers..

The shock of the passing of Neil Reed and the sadness we feel for his wife, two daughters and entire family is overwhelming. Tragic news.

Neil was building a career in coaching and had even sent me his coaching philosophy book a few years back to proof. Pray for his family.

In shock over the death of Neil Reed.Passionate, good guy who loved his daughters more than anything. Thx for memories. RIP #IUbasketball