Reuter on IU: “I loved everything about it” 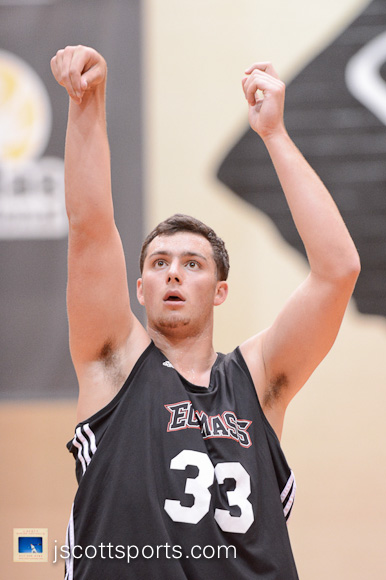 INDIANAPOLIS — At 6-foot-8 and 250 pounds, Tabor Academy (MA) forward Jarred Reuter is a difficult matchup on size and strength alone.

But beyond bullying opponents in the post, something Reuter admits is a large part of his current repertoire, the 2015 prospect is working to expand his game to make himself more well-rounded this summer.

“I’m always working on athleticism because I lost a lot of it when I didn’t play for a year,” Reuter, who missed the 2010-2011 season and reclassified to 2015, told Inside the Hall. “I’m always working on that. Just developing all around, every part of my game. Skills, shooting, down low, perimeter, defense. I’m still young, so everything’s developing right now. I’m not focusing on one point, I’m just focusing on my entire game.”

Reuter received the IU offer last summer while on campus for an elite camp and is still hearing from the coaching staff regularly.

“I loved the campus, loved the coaching staff. I loved everything about it,” he said. “It’s a great place. There’s not much wrong with it. I liked it a lot. Obviously Coach (Tom) Crean is awesome. He’s a great recruiter. This year proved a lot. Next year is only going to be better with the guys they have coming in. I like him whether the team is what it was last year or two years ago.”

The recruiting process is still in its infancy stages for Reuter, who is playing this summer for ECE Mass. As his development continues to progress, Reuter said he’ll have a better feel of which program and style of play fits him best.

“Once I develop more and know what kind of player I’m going to be, I’ll probably know more of what kind of system I want to fit in and where I want to go,” he said. “But right now, I’m just playing. I’m not focusing on the recruiting part as much.”