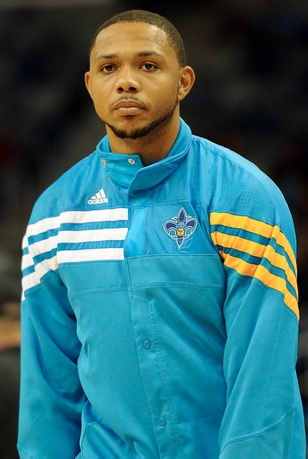 Gordon, who played just nine games last season with the New Orleans Hornets due to a knee injury, visited with the Indiana Pacers, Houston Rockets and the Suns before reaching an agreement.

The deal cannot be signed until July 11 and New Orleans will have three days to match the offer sheet and retain Gordon.

However, the former IU guard’s prepared statement released last night could be encouragement for the Hornets to re-think their stance on matching the offer or explore a sign-and-trade with Phoenix:

“After visiting the Suns, the impression the organization made on me was incredible. (Suns Managing Partner) Mr. (Robert) Sarver, (President of Basketball Operations) Lon Babby, (General Manager) Lance Blanks, the front-office staff and Coach (Alvin) Gentry run a first-class organization and I strongly feel they are the right franchise for me. Phoenix is just where my heart is now.”

Gordon is expected to report to Las Vegas later this week to begin training with USA Basketball for the 2012 Olympics.

He is one of six players (Blake Griffin, Andre Iguodala, Rudy Gay, James Harden and Anthony Davis are the other five) competing for the final three spots on the roster.