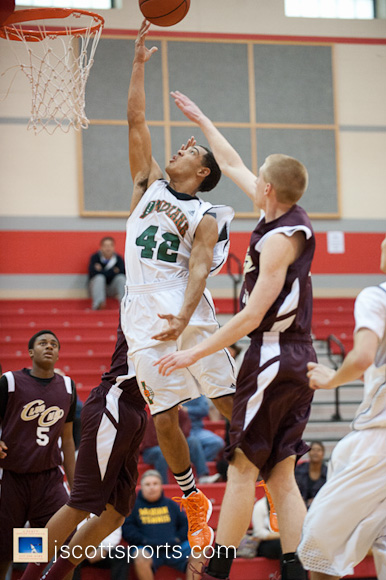 The first two were for games against Iowa and Purdue this past winter, but this trip offered White the opportunity to see a bit more behind the scenes.

“I met with their academic advisor (Marni Mooney) and strength coach (Je’Nay Jackson),” White told Inside the Hall. “What stood out to me a lot is their strength coach, instead of injury prevention, he calls it ‘pre-hab,’ which is like training your muscles and joints to not get hurt.

“And I saw how intense the coaches were with the players and how they run their workouts. And then for about two hours, I actually got to play with the team (in open gym). It showed me where I was at and what I need to work on.”

The opportunity to interact and get feedback on what he needs to work on from Tom Crean was also valuable, according to White.

“He’s a straight up guy. He tells you what you need to work on and what your weakness is and what your strengths are,” he said. “He likes how I can play every position and guard a lot of positions. And he told me that I need to work on guarding the one and try to get quicker. I like how intense his workouts are.”

White, who averaged close to 16 points per game as a freshman, is hearing from several Big Ten schools including Michigan, Purdue, Michigan State, Illinois and Wisconsin.

Most of the schools involved early with White have yet to slot him into a particular position at the next level.