Around the Hall: Anya and USA Basketball, Amar’e camp 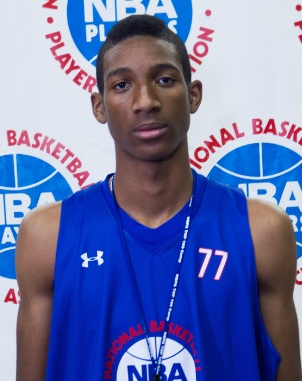 + BeeJay Anya is in the Canary Islands with the 2012 USA Basketball U17 National Team preparing for next week’s FIBA U17 World Championship in Kaunas, Lithuania.

+ Cliff Alexander, Kennedy Meeks and Marcus Lee (pictured) are all participating in the Amar’e Stoudemire Skills Academy this weekend. Measurements for all three players are available here.

+ The father of 2015 Franklin (OH) guard Luke Kennard called a recent unofficial visit to Louisville “awesome” according to Jody Demling of The Louisville Courier-Journal.

+ The Indianapolis Star continues its countdown of the top 50 Indiana players of all-time with Uwe Blab at No. 43.

+ CBS Sports looks at NBA Draft patterns from colleges and conferences over the past decade and it’s not pretty for the Big Ten.