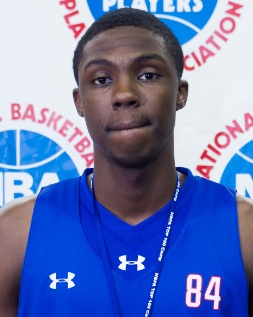 CHARLOTTESVILLE, Va. – Kuran Iverson (Hartford, Conn.) is one of the nation’s premier small forwards in the 2013 class, so it’s no surprise Indiana is making a push for his talents.

An IU assistant coach called the 6-foot-8 Iverson last night to express interest and set up a possible visit to Bloomington.

Iverson, the 81st ranked player in the ESPNU 100, named the Hoosiers – along with Seton Hall, Connecticut, and Florida – among the programs coming at him the hardest.

“I spoke to an assistant coach,” Iverson said of the call from IU. “He encouraged me to come in (for a visit). Coach (Crean) is a good person all around. He’s a good guy.”

Through three games at the NBPA Top 100 Camp, Iverson is averaging 9.7 points and 2.7 rebounds. His goal this summer is to improve passing to teammates and overall defense.

Iverson hopes to take a couple visits to college campuses early in August, and said IU could be one of those.

He said he has set no timetable for a decision.