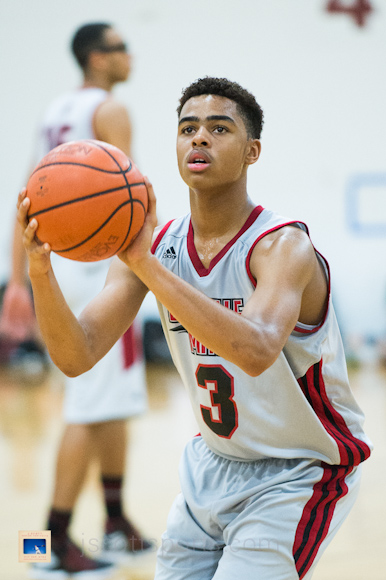 After receiving a scholarship offer on an unofficial visit last August, 2014 guard D’Angelo Russell said the one thing he noticed about the Indiana staff was how much they cared about the players in the program on and off the court.

That was before Tom Crean led the Hoosiers to a turnaround season that ended with a trip to the Sweet 16.

The revival last winter in Bloomington did not go unnoticed by Russell, the No. 14 player nationally in the 2014 class according to ESPN.com.

“I like the way Tom Crean turned the whole atmosphere around,” Russell said Saturday at the adidas May Classic. “Just how he gets his guys involved and ready to play every game.”

Russell spent his sophomore season at Montverde Academy after beginning his high school career in Louisville, Kentucky at Central High School. The adjustment was difficult at first for the left-handed guard.

“It was tough from the start because it’s college preparatory,” he said. “The work ethic is different, everything. Mandatory study halls and you’re by yourself. You’ve gotta do everything by yourself and it’s just tough.”

Montverde’s season ended with an 86-83 loss to Findlay Prep in the National High School Invitational Championship. The goals at Montverde are even more ambitious for next season.

“We shouldn’t lose a game next year,” Russell said.  “We’ve got a dominating point guard in Kasey Hill (Florida commit). We’ve got multiple different weapons in me, Dakari Johnson, he’s an amazing threat. And we’ve got role players coming in.”

As for recruiting, Indiana joins Louisville, Ohio State and Xavier as the four programs that have extended scholarship offers. Cincinnati and Missouri are also involved and are on Russell’s summer calendar for unofficial visits.

He does not, however, have a leading school in his recruitment.

“Every school’s at the top,” he said. “I don’t really have a favorite school.”