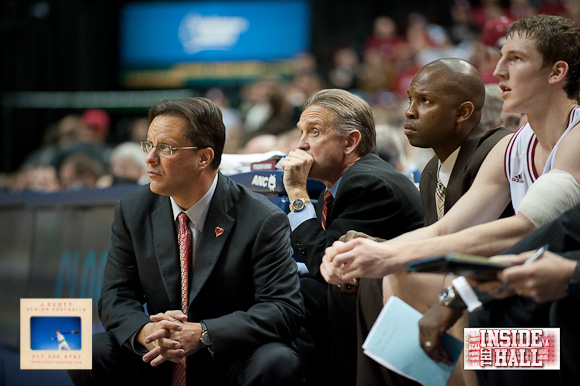 + Tom Crean talks to Myron Medcalf of ESPN.com about Cody Zeller and says that his brother-in-law Jim Harbaugh believes Zeller can be like Andrew Luck.

+ Medcalf also conducted a Q & A with Crean where preseason expectations, Victor Oladipo and the incoming recruits are all discussed.

+ Louisville coach Rick Pitino told Eric Crawford of The Louisville Courier-Journal that the Cardinals and Hoosiers will not meet next season. C.L. Brown, also of the C-J, writes that the two schools are discussing a game for the 2013-2014 season.

+ Yogi Ferrell was named to the fifth team of The Courier-Journal’s annual super five.

+ Several days old, but Zeller tops the list of NBA prospects returning to school over at SB Nation.