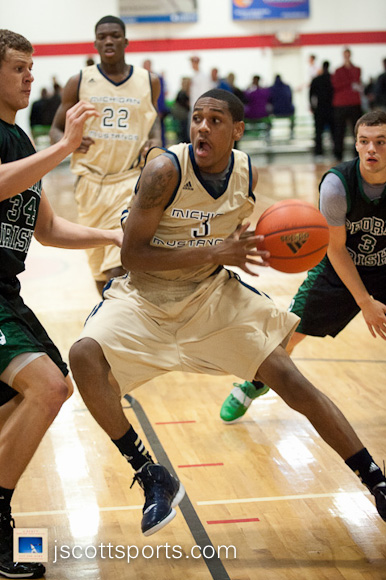 Monte Morris took an unofficial visit to Indiana on Friday, and he left impressed by nearly everything he saw.

Morris, ranked No. 48 in the Class of 2013 by Scout.com, got to see a workout involving current Hoosiers Victor Oladipo, Will Sheehey and Jordan Hulls. The Flint, Mich. guard said he liked the campus and the student culture, but he was most impressed by Indiana coach Tom Crean.

“It was graduation time, so he took a lot of pictures and talked to a lot of people, maybe that he didn’t even know,” Morris said. “They were just congratulating him on the great season. Like everywhere we went, ‘great season, Tom. Can we get a picture?’ And he was taking them. He’s not one of them coaches that thinks he’s better than everybody. That showed me a lot.”

Morris said he arrived in Bloomington around 2 p.m. Friday, and got to tour the campus as students were finishing up with their final exams. As he looked around, he said he imagined himself being a student at Indiana.

“Everybody seemed so happy to be on campus,” Morris said. “That was cool to see.”

Morris has not yet received a scholarship offer from Indiana, but he does have offers from Illinois, Georgia Tech and USC, among others. He said he hopes to make a decision by the end of the summer.

“Right now, I’m still trying to take it all in.,” Morris said. “Indiana’s a great school and everything, but I still have a couple more visits to take. Once I take those and have something to compare the schools on, that’s when I’ll have a better idea.”

Here’s a look at Morris from the 2012 Bill Hensley Memorial Run-N-Slam. (Footage provided by our friends at UMHoops.com)