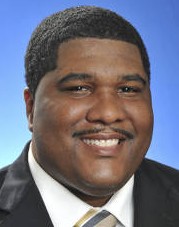 According to Johnson’s bio on the Towson site, he spent four years coaching at Paul VI High School in Fairfax, Va., as well as six years on the travel circuit with Nike Team Takeover.

Indiana has successfully recruited the Washington D.C. area in recent seasons with current guards Victor Oladipo in the 2010 class and Maurice Creek in 2009. Both Oladipo and Creek played for Team Takeover.

A move to interview Johnson could mean that Calbert Cheaney has decided not to pursue the opening left by Seltzer and will remain in his role as Director of Basketball Operations. Cheaney has been out recruiting and filling the assistant job on an interim basis in recent weeks.

The job opening is posted online here and states that it will continue to be listed until May 10 or until the position is filled.