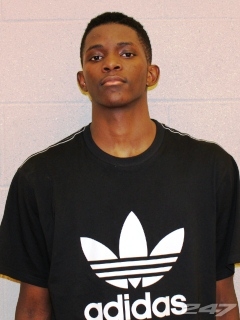 2013 Detroit Community wing Byron “Bo” Zeigler is among the top 50 players nationally according to Scout.com and will hit the AAU circuit hard in the coming weeks with the Michigan Hurricanes.

Inside the Hall caught up with Zeigler over the weekend to talk about the tough ending to his high school season, where Indiana stands in his recruitment and much more:

On how the high school season turned out:

“We had a pretty good high school season. I played well but we came up short. We had an incident where we had to get our season cancelled. One of our transfers got kicked out of a past school because of his grades. He came to our school, but we weren’t aware that he was supposed to sit out a semester.”

On how tough it was to have the season canceled:

“It was tough because we couldn’t win the whole thing, which was our goal as a team. That’s what we were practicing for and what we were preaching. The team was pretty upset.”

“With Coach (Seltzer) leaving, that was pretty tough. But Indiana is still high on my list. I still have a good relationship with Coach Crean.”

On his relationship with Seltzer:

“He’s the main guy I talk to on a regular basis. We talk pretty much every week. But I can’t let that get in the way of my chance to go to Indiana. Indiana is still going to be high on my list even though he’s not there anymore.”

On other schools recruiting him hard:

“Pretty much the same schools that you heard about. Providence, Iowa State, Michigan State. Michigan was coming for a minute but I guess they’ve backed off. I’ll probably get a few more looks once we hit the AAU circuit.”

On new schools that have picked up interest:

“Georgetown has come after me with interest not too long ago after my first high school game. Florida’s had interest, too. My cousin (Trey Zeigler) just transferred from Central Michigan to Pittsburgh, so I think I’ll probably be getting a call from them.”

On his impressions of Indiana this past year and the hype for next season:

On his plan for the summer:

“I play AAU for the Michigan Hurricanes, so this week we are going to play in a Minnesota tournament and the following week we’ll be in Arkansas. That’s a pretty big tournament. After that we’ll be at Spiece in Indiana. It’s always great to go down there. I love playing in that tournament. I’d like to show the people what I can do again, just like last summer.”

On what he’s trying to improve on this summer:

“My shot and I’d also like to get into a little better shape. I don’t like coming out of the game as it is right now. I want to get in shape so I never have to come out of a game.”

On if he has any upcoming plans on visiting Bloomington again:

“I’d like to get down there again, but I have a tough schedule right now. We are on the road almost every weekend, so I don’t think I’ll be there anytime soon, but I really want to.”

On his timetable for a decision:

“It differs for me. Sometimes I say I want to wait until the last minute, sometimes I want to just get it over with. I’m not sure yet.”