Around the Hall: Ferrell’s impact, an early top ten 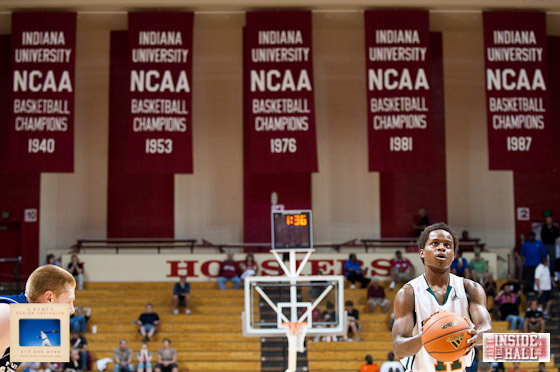 + DraftExpress has a detailed scouting report on Yogi Ferrell from the McDonald’s All-American game and offers perspective on how his speed and ball handling will impact next year’s Indiana team.

+ Terry Hutchens of The Indianapolis Star tabs an early stab at a top ten for next season.

+ IU assistant Steve McClain is in the mix for the coaching vacancy at SMU, according to Jeff Goodman of CBSSports.com.

+ Indiana is among the 16 schools still in the mix for 2013 DeMatha big man BeeJay Anya.

+ Ohio State forward Jared Sullinger has a decision to make after the Buckeyes’ loss to Kansas in the national semifinals on Saturday.

+ Gary Parrish of CBSSports.com chimes in on the hiring of Bruce Weber by Kansas State.

+ The announcement of John Groce as head coach was met with favorable feedback from several of Illinois’ recruits.