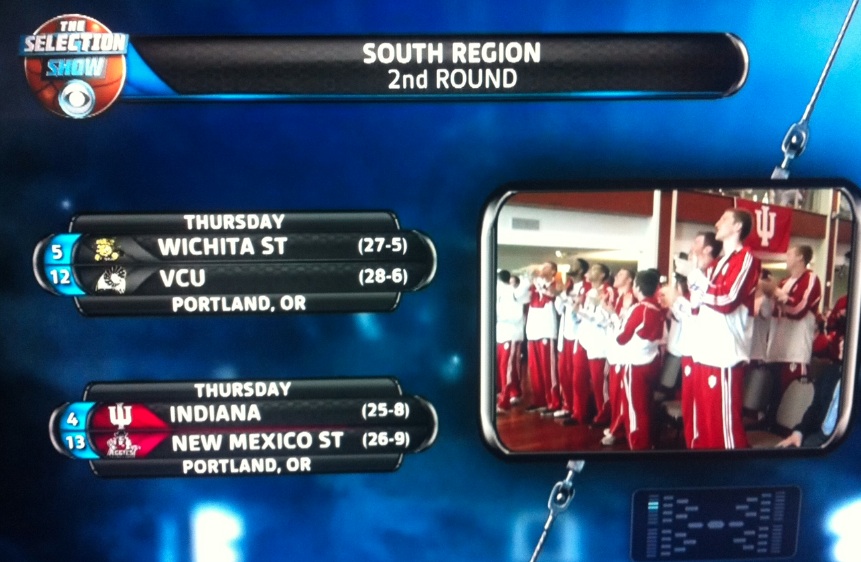 The brackets for the 2012 NCAA Tournament have been revealed.

Indiana earned a No. 4 seed in the South region and will open the tournament against New Mexico State on Thursday, Mar. 15 in Portland at the Rose Garden.

We’ll have much more in the coming hours, but for now, what do you think of the Hoosiers draw? Do you like the path to a possible Sweet 16? Or did the committee not do IU’s overall resume justice?