Around the Hall: Freshman of the year debate, more 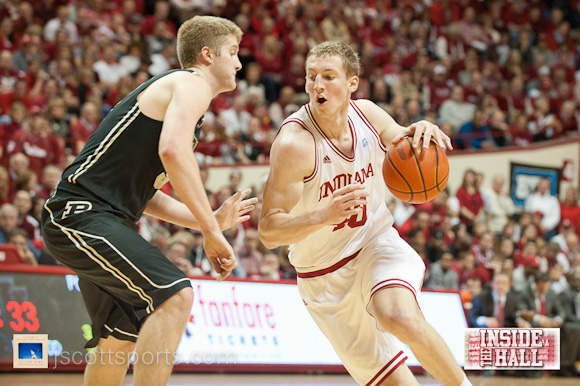 + ESPN.com college basketball blogger Eamonn Brennan writes that ” few players in the country were as efficient, as dominant, or as important to their teams as Cody Zeller.” And for that reason, Brennan believes the IU freshman deserves the Big Ten freshman of the year award.

+ Indiana Daily Student columnist Avi Zaleon looks at the potential winners and losers in the upcoming Big Ten Tournament. Zaleon also compares the statistics of Cody Zeller and Michigan’s Trey Burke, the two primary candidates for the league’s freshman of the year award.

+ Inside Indiana revealed their picks for the All-Big Ten teams and individual awards.

+ Indiana ends the regular season in a dead heat with Michigan from an efficiency margin standpoint according to the UMHoops.com weekly Big Ten roundup.

+ The Hoosiers are mentioned prominently in the regular season awards edition of “King’s Court” on ESPN.com.