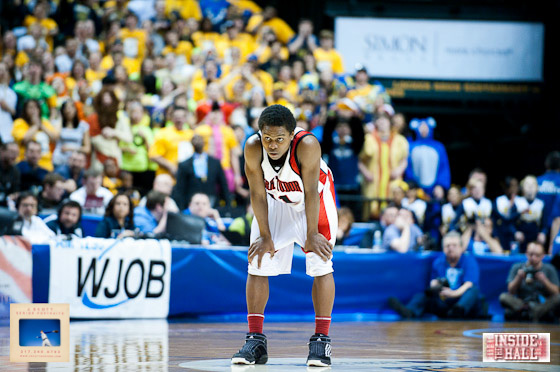 Earlier this evening, Park Tudor point guard Kevin “Yogi” Ferrell was named a member of the West squad for the 2012 McDonald’s All-American game. Inside the Hall caught up with the IU signee shortly after the rosters were released to get his reaction on being picked for the most prestigious prep all-star game.

On being selected a McDonald’s All-American:

“All of the hard work I feel has paid off. I feel blessed to be nominated for the McDonald’s All-American game and I’m going to take this opportunity to the fullest extent to reach my goals.”

On the opportunity to play against the best high school players in the country:

On how hard it was to keep the news of being selected for the game a secret the past few weeks:

“I was really excited. I only told family and close friends, but as soon as we could tell anyone, I put it out there on Twitter.”

On being the 26th McDonald’s All-American to play at Indiana and whether his selection to the game puts any more pressure on to make an impact next winter:

“I already know the fans at IU expect a lot from us. I’m pretty much going to take each day, step by step and not really worry about whether we will produce or not. I feel like we will. I feel like the coaches can get us prepared. I’m just going to take it day by day, getting better to transition over to the college game.”