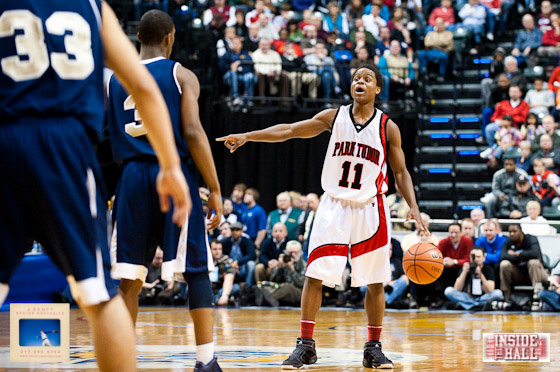 For the second straight year, Tom Crean will bring a McDonald’s All-American to Bloomington.

Following in the footsteps of his good friend and future teammate Cody Zeller, 2012 Park Tudor point guard Kevin “Yogi” Ferrell was named to the 2012 McDonald’s All-American team on Thursday.

The 24-man roster was revealed on ESPNU. For the second consecutive year, the game will be played at the United Center in Chicago.

Ferrell is the 26th McDonald’s All-American to sign with Indiana. He’s expected to make an immediate impact next season in Bloomington in the Hoosier backcourt.

“He’s very quick. He’s going to be a different look for some of the other point guards in the Big Ten because his speed and tenacity are his best attributes,” ESPN.com senior basketball recruiting analyst Dave Telep told Inside the Hall earlier this winter.

“He just wants to get into you. He’s a fearless kid. I think once he gets comfortable with using the weapons that are going to be at his disposal, and he will have a revamped lineup of weapons at his disposal, that’s when he’ll truly max out his ability. He’s difficult to guard, you can’t knock him down and he’s just got an edge to his game that has always been very helpful.”

Ferrell and Park Tudor (15-2) are the favorites to repeat as the Class 2A state champions. As a junior, Ferrell scored 14 points, dished out six assists and grabbed five rebounds as the Panthers defeated Bishop Noll 43-42 in the title game.

This season, he’s averaging 17.8 points and 6.3 assists per game. Ferrell is rated the No. 17 prospect nationally by Rivals.com.

“When Yogi comes in, part of his tools are his charisma, his fearlessness, he’s absolutely relentless when it comes to winning and he puts winning first,” Crean said of his future point guard on signing day. “I’ve seen him go against kids three years younger and people three years older and it never made a difference.”