The Hoosiers needed this one 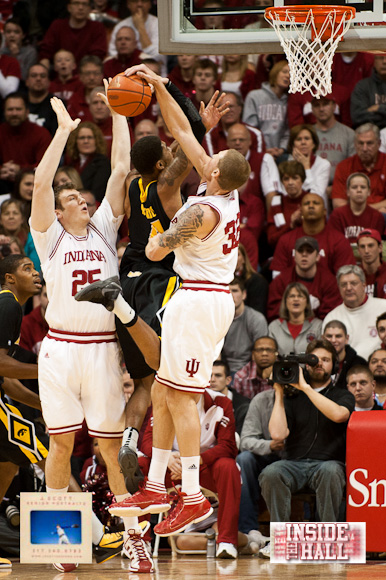 Indiana’s wins against Kentucky and Ohio State remain the two best victories in the country this season.

But the Hoosiers didn’t need either of those wins in the way they needed their 103-89 victory against Iowa on Sunday.

This is a team full of guys who have been through the whole losing thing before. Lose to Iowa at home, and maybe those ugly nightmares start to come back. With road games against Michigan and Purdue coming next, this thing could have gotten away from Crean and Co. in a hurry.

But this isn’t the same old Indiana team. With their backs very much against the wall, the Hoosiers dominated an Iowa club that has owned them in recent history.

They scored 58 points in the paint, outrebounded the Hawkeyes 37-22, and scored 100 points in a Big Ten contest for the first time since 1995. Indiana built a big lead and then never let Iowa back in, something the Hoosiers have struggled to do at times this season.

The Kentucky and Ohio State wins put the Hoosiers back on the map. This one showed they aren’t ready to fall back off of it.

“Again, 17 wins, 17 different ways to win,” Crean said. “And I thought our team responded to the last couple of days. They were excited to play. They had tremendous energy and I think the energy of the crowd helped fuel them even more.”

Even more impressive than the win was the way in which the Hoosiers won it.

They didn’t do it with 3-pointers as they have so often in the past. They made only 4-of-16 shots from beyond the arc for the game, all of which came in the first half.

Instead the Hoosiers did it with interior passing, with uncontested dunks, and with unselfish play.

Elston scored eight points and blocked a shot in a 68-second spurt in the first half, and Pritchard scored seven points, had a tip dunk and a steal, and took two charges.

“Everybody came out with that toughness that we needed, and we kind of ran with it,” Elston said. “Once we got in the flow, it was kind of hard to stop us.”

The Hoosiers are far from a finished product. They allowed Iowa to shoot 79 percent from the field in the second half and 63 percent for the game. If they want to move above the middle of the pack in the conference, their defense must get much better.

When he was asked about the second-half shooting percentage his team gave up, Crean shook off the question.

For this one time, that’s the right response. This game wasn’t about shooting percentages.

They did all of those things, and they had fun doing it.

Indiana has had more impressive wins, but this one may just be the most important.