Around the Hall: Hoosiers drop third straight in Big Ten 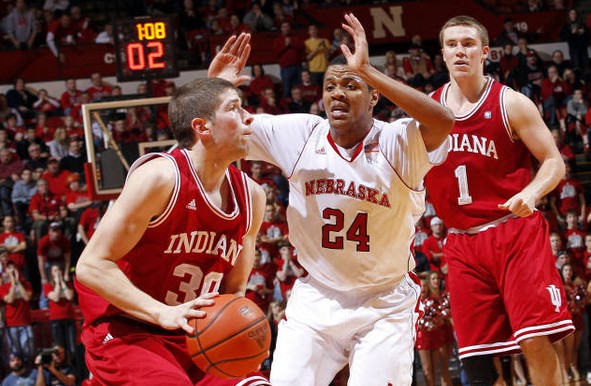 — Myron Medcalf of ESPN.com asks this question: Did Indiana’s bandwagon fill up too soon? Medcalf writes, “Look, there’s a certain attitude that perennial winners possess. And the Hoosiers don’t have that yet.”

— Dustin Dopirak has a game wrap from Lincoln and also postgame audio from Cody Zeller and Victor Oladipo over at The Hoosier Scoop.

— Zach Osterman of Inside Indiana explains what happened to the Hoosiers after they led by 13 with 14 minutes remaining ($).

— Jeff Eisenberg of Yahoo! Sports writes that the Hoosiers are again nationally relevant, but the Hoosiers still seem to be a year away from reclaiming the elite status they once held under Bob Knight.

— Chris Vannini of MLive.com digs in to the difficultly that Big Ten teams are having on the road.

— Four of Indiana’s class of 2012 signees are nominees for the McDonald’s All-American game.