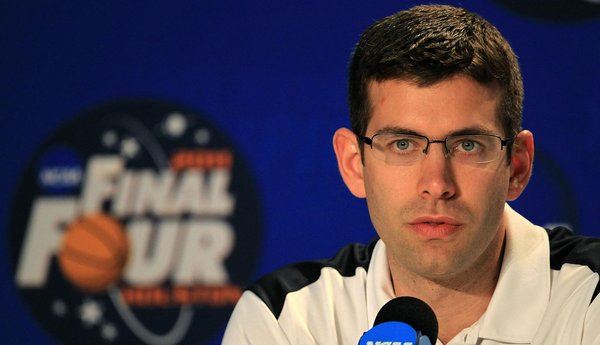 Indiana looks for its second consecutive 6-0 start on Sunday night when Butler visits Assembly Hall for the first meeting between the two programs since 2006.

Here’s a look at what to expect from the Bulldogs, who are 3-2 with losses to Evansville and Louisville:

Fresh off two consecutive appearances in the national championship game, it appears to be a rebuilding year at Butler. Brad Stevens’ club has already suffered its worse home loss since 1992 and a narrow overtime defeat at the Ford Center in Evansville.

Last season many wondered if the program could rebound from the early departure of Gordon Hayward to the NBA Draft. Butler responded with another improbable run to the title game. This season the losses of Shelvin Mack to the NBA and Matt Howard to graduation will be more difficult to overcome.

Thanks to the Hoosier Invitational and games at Evansville, both teams share four common opponents through five games:

None of these scores will matter once tip-off arrives on Sunday night, but Indiana dominated all four games while Butler fell at Evansville and trailed to Savannah State and Gardner-Webb at halftime.

Three of Butler’s top six scorers from last season return including junior center Andrew Smith, who leads the team in both scoring (12.6 ppg) and rebounding (6.4 rpg). Point guard Ronald Nored, a valuable contributor the past two seasons, is back for his senior season and while he’s not much of an offensive threat, he contributes elsewhere. Nored has 28 assists and just 11 turnovers through Butler’s first five games and 15 steals. Sophomore Khyle Marshall, a 6-foot-6 forward that grabbed nine rebounds in Butler’s Final Four win over VCU, is shooting 66.7 percent and averaging close to nine points.

Chrishawn Hopkins, who was rarely used as a freshman is now second on the team in scoring, but has work to do from an efficiency standpoint. Nearly half of Hopkins field goal attempts have been 3-pointers, but he’s hitting just 29.6 percent. Chase Stigall, a junior guard, has also taken on a larger role offensively, but like Hopkins, has struggled from the perimeter (32.3 percent on 3’s).

With five of 31 games played, the KenPom.com figures begin to become more relevant, but Indiana’s numbers are still inflated due to a weak schedule (No. 326 nationally). The Hoosiers have been significantly better offensively scoring 1.23 points per possession compared to 0.96 for Butler.

Defensively, Indiana is allowing just 0.86 points per possession while Butler allows 0.94. Indiana is clearly the superior offensive team, but Butler will put up more resistance than its previous five opponents and attempt to slow the pace. The free throw situation also bears watching as both teams are getting to the line at a frequent rate.