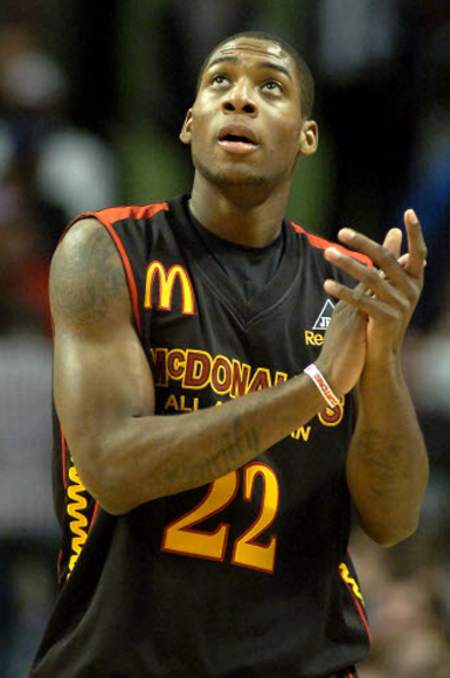 With the start of the fall semester underway and less than six weeks until the official start of practice, it’s time to begin looking ahead to the 2011-2012 season. We continue our Big Ten preview with a look at the five freshmen, listed in no particular order, who could make the biggest impact next season.

Branden Dawson, Michigan State, Forward – The Gary, Indiana native’s hunger for rebounds — 18.6 per game as a senior at Lew Wallace — should help earn him immediate minutes in Tom Izzo’s system. At just 6-foot-6, Dawson (pictured) uses a combination of strength, instinct and pure will to dominate the offensive glass. His perimeter game is still developing, but the McDonald’s All-American is at his best when given the freedom to slash to the basket and get out on the fastbreak. Dawson might not begin the season in the starting lineup, but it’s tough to imagine him not finishing games in East Lansing.

Trey Burke, Michigan, Guard – If not for Darius Morris’ questionable decision to enter the 2011 NBA Draft, Burke probably wouldn’t be on this list. But the departure of Morris leaves at hole at point guard in Ann Arbor and the likely recipient of those minutes is Burke. The 6-foot-1, 170-pound Ohio Mr. Basketball is a score-first point guard that originally committed to Penn State, but ultimately opted for the Wolverines last August. Michigan returns plenty of skilled backcourt experience with Tim Hardaway Jr., Zack Novak and Stu Douglass, but a quick acclimation to the college game by Burke will be pivotal to another top five finish in the Big Ten.

Mycheal Henry, Illinois, Forward – The graduation of four seniors and Jereme Richmond’s abrupt departure for the NBA Draft will open immediate minutes for seven newcomers in Urbana-Champaign. While transfer Sam Maniscalco might be the most important newcomer for the Figthing Illini, Henry looks like the freshman most ready to contribute. The 6-foot-6 wing went from virtual unknown prior to his junior season at Chicago Orr all the way into the top 40 of the final Rivals 150 for 2011. His mid-range game is still suspect, but Henry’s length, explosiveness and ability to get into the lane will make him a tough matchup from day one.

Cody Zeller, Indiana, Forward – The Hoosiers lack of a reliable post presence over the last three seasons will be over with Zeller’s arrival. Indiana’s Mr. Basketball, who won three state championships at Washington High School, should help inject excitement and a winning attitude into a program that’s struggled over the past three seasons. Like Dawson, Zeller is an excellent rebounder and has one of the more well-rounded skill sets of any incoming freshmen in the country. He’s already added 10 pounds to his frame since arriving in Bloomington in mid-June and looks poised to make a major impact in Bloomington.

Shannon Scott, Ohio State, Guard – Thad Matta’s penchant for small rotations makes picking one Buckeye from the Big Ten’s top recruiting class a tall order, but Scott seems like the safest bet of five freshmen. Sophomore Aaron Craft will command a majority of the point guard minutes, but Scott, the 2011 Mr. Basketball in Georgia and a McDonald’s All-American, is too good to count out of the rotation. His jump shot is still developing from beyond the 3-point line, but his mid-range game and ball handling are college ready. Scott’s ability to make sound decisions and facilitate for teammates should ultimately make him one of the best guard’s in the conference.