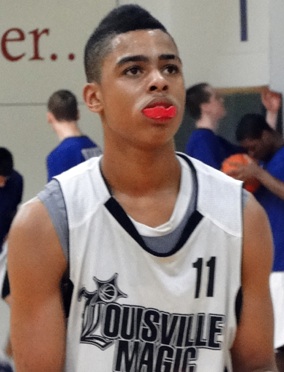 He left the Indiana campus with a third.

“Coach (Tom) Crean shook my hand and was like, it’s a pleasure. I feel good. It’s a pleasure to offer you,” Russell told Inside the Hall by phone on Sunday.

Russell, who also has offers from Louisville and Xavier, took in Bloomington for the first time with Louisville Magic AAU coach Ellis Myles.

“It was real nice. I got to see the football field. The campus, all of the dorms. Assembly Hall. It was nice,” he said.

The 6-foot-4 guard said he had a chance to talk to IU freshman Remy Abell, who is also a Louisville native, on the visit. The family atmosphere amongst the IU players and coaches was a positive takeaway from the visit for Russell.