Around the Hall: Butler at IU date, Garrett Green, more 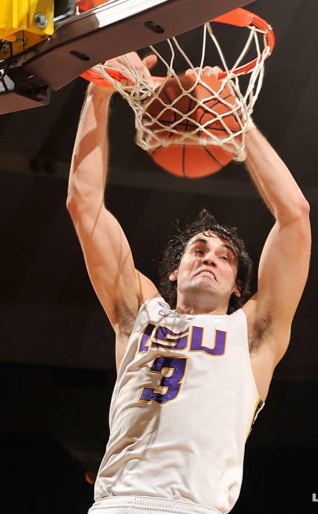 + Garrett Green talked about his visit to San Diego State with Aztec Sports Report (premium link). Green is expected to announce a decision on Friday when he graduates from LSU. The 6-foot-11 center left California this morning per his Twitter account.

+ Northwestern is considering four new designs for the court in Welsh-Ryan Arena, including a nearly all-purple look.

+ Purdue is in the running for Oak Hill Academy center A.J. Hammons according to Kyle Neddenriep of The Indianapolis Star.

+ Michigan announced its non-conference schedule for next season. The Wolverines also picked up commitments from Zak Irvin and Derrick Walton in recent days.

+ Former Arkansas sharpshooter Rotnei Clarke will transfer to Butler and will be eligible for the 2012-2013 season.