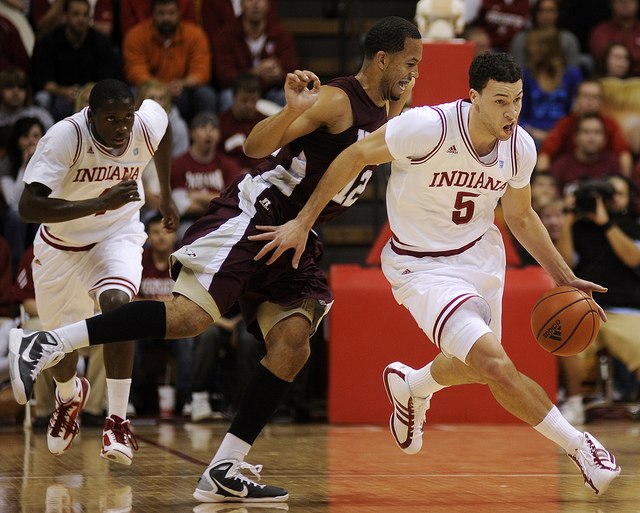 Welcome to “That’s A Wrap,” our attempt to make some sense of the 2010-11 season. Sit back. Relax. Grab some popcorn. Get your read on. Today: Jeremiah Rivers.

Raise your hand if you had Jeremiah Rivers getting 19 starts during his final season in Bloomington. All of you with your hands up, put them down. You’re lying.

While many wrote Rivers off as an afterthought following a frustrating junior season where he was given the keys to run the IU offense, the senior from Winter Park, Florida bounced back and went out on a high note.

Rather than accepting a role coming off the bench, which is how he started the year, Rivers worked hard and earned his way back into the starting lineup. It was probably lost in the shuffle to the casual observer, but the maturity shown by Rivers and his improvement as the season moved along was a bright spot on this team.

He was Indiana’s most reliable perimeter defender. He did have his share of rocky efforts in several of Indiana’s losses, but credit Rivers for a brilliant defensive effort on Demetri McCamey in the win over then-No. 20 Illinois on Jan. 27. McCamey shot just 2-of-11 and was hounded by the IU senior from start to finish. Evidence below:

Shining moment: The defensive lockdown on McCamey and 10 points, four rebounds and three assists in an 84-83 overtime loss at Michigan State on Jan. 30.

Bottom Line: On a team that played for pride down the stretch, Rivers deserves applause for fighting hard all the way until the final buzzer of the Big Ten Tournament. He was justifiably a target of criticism during much of his junior season, but he responded admirably to Tom Crean’s preseason notion that he’d have to “earn his way into minutes on this team” by doing just that.