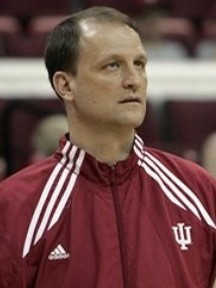 If you’re not following us on Twitter, you might have missed the link I tossed out last night to a podcast of Don Fischer’s weekly appearance on The Dan Dakich Show.

This segment is a must-listen each week for IU fans as Fischer and Dakich offer candid analysis. A lot of interesting stuff, but nothing more so than the following:

Dakich: This is the wrong thing to say, OK, but this is what real coaching is. When the season’s over, there’s gonna have to be a couple of these guys make a decision on whether or not they want to stay here. And there might actually be a couple of them that the decision’s going to be made for ’em. There’s too much fragility, mentally, among some of these guys and you know what? Some of them aren’t freshmen. There’s not freshmen and at some point, you know what, hey, we’re paying about about 30 grand a year to come here and do this and if everything’s so fragile, maybe the MAC’s for you, not the big time.

Fischer: (Laughs) No, the reason I’m laughing Dak is because now I don’t have to say it.

Fischer: That’s exactly right and the frustration level is at probably an all-time high in the sense of how this coach and his staff are looking at it right now, I can tell you that.

Dakich: The problem is, nowadays, then the guy goes to the paper: “well, Crean kicked me off.” Yeah, well, tough.

Fischer: Trust me, whatever they say now, everybody ought to be saying the same thing. “Really?”

Dakich: Really. It seems to me they’ve given you a pretty good shot here for a couple of years.

Fischer: Holy cow, have they ever.

Dakich: You know, players kind of have you during the season. But I’ll tell you what, the minute that final buzzer goes off, “Alright, really? I just made a call to Ball State, congratulations, you can be a Cardinal if you’d like.”

Fischer: (Laughs) No, you’re right Dak. This team is fragile, there’s no question about it and it’s unfortunate that we just don’t have that guy.

Dakich: Because you come off as the nicest guy ever and you are. But I’ve played golf with you and you’re a competitive guy, OK. Like, the whole grandfatherly, yeah, rah, IU thing is great.

Dakich: So let me just ask you a question. Because I know I am. Aren’t you tired of saying, “these guys are so fragile.” I mean, at some point, they’ve gotta decide that, you know, we all have to quit making excuses for them and I’m including myself.

Fischer: Oh, I know. That’s where it’s at right now. It’s to a point where we have been as nice as we can possibly be and now it’s about time to get real. These guys just don’t get it for whatever reason. And I feel bad for them in that sense because when you don’t get it, then you’re sitting there going, “What?” But the what is, hey, you’re not tough enough. But if you don’t understand what toughness is, and we’re not talking about getting into somebody’s face and punching them, we’re talking about mental toughness here. That’s where it all boils down. And this team is not mentally tough. It’s that simple.