The Line: Indiana at Minnesota 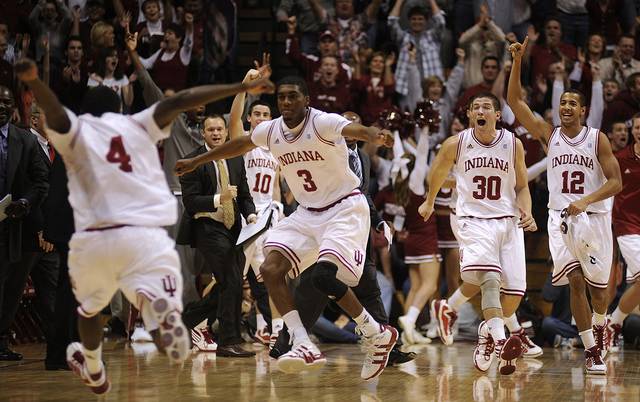 Indiana guard Matt Roth (30) and Verdell Jones III (12) react after Victor Oladipo hit a half-court shot at the buzzer during a game against North Carolina Central on Tuesday, Nov. 23, 2010, at Assembly Hall. (Photo by James Brosher)

“The Line” is a look at various score and result predictions from the following sources: AccuScore, Ken Pomeroy, Las Vegas and RealTimeRPI. It’s also your chance, if you wish, to play analyst and predict the final score of the game.