Former Hoosiers to return for next Friday’s Hysteria 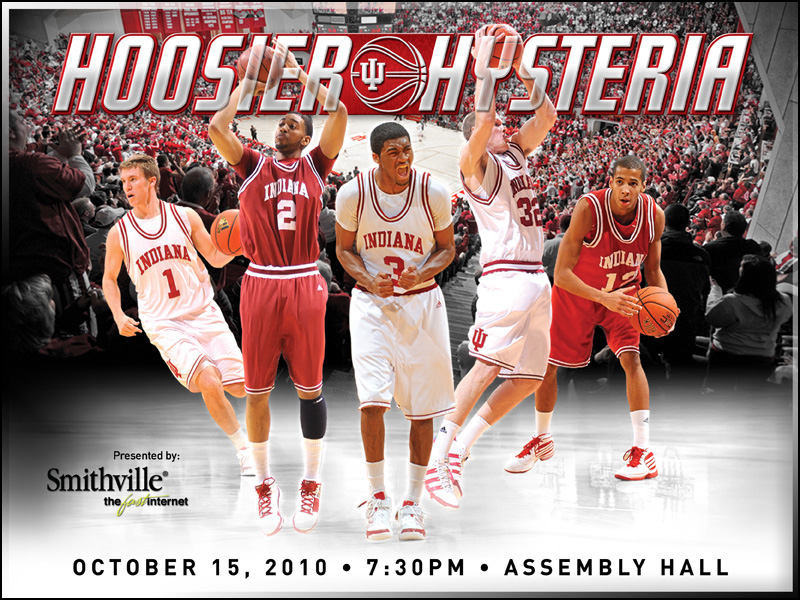 The Indiana University men’s and women’s basketball teams will tip-off Homecoming Weekend and the 2010-11 basketball season this Friday, October 15 at Hoosier Hysteria, presented by Smithville, in Assembly Hall. Doors will open at 6 p.m. with an autograph session scheduled to begin at 7:30 p.m. Admission is free, but fans are encouraged to bring a non-perishable food item to benefit Hoosier Hills Food Bank.

In addition, fans may visit Cook Hall throughout the day as the Pfau-Shine Legacy Court hours will be extended to remain open until 7:30 p.m.

Following the autograph sessions, both teams will be introduced, but details of each team’s activities are still being finalized.

The IU Athletics Department Ticket Office will be open until 9 p.m. that evening. Students are encouraged to purchase their season tickets by October 15. This year’s package includes a new Crimson Guard “Front Line” seating area on the main level which rewards those who arrive early at the games.