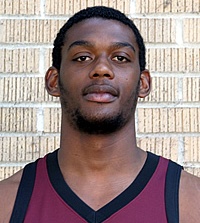 According to a report by Dustin Dopirak of The Herald-Times and The Hoosier Scoop, Indiana has added 7-1 North Idaho College center Guy-Marc Michel to its 2010 recruiting class.

Michel confirmed to The Herald-Times that he signed a Letter of Intent on Friday with the Hoosiers.

“I think it’s a good place for me to get playing time,” said Marc-Michel, a Martinique native. “It’s a great team and it’s a school with great history.”

Michel joins Victor Oladipo and Will Sheehey in the 2010 class and will have two years of eligibility.

+ Kevin Noreen still visiting, but next week (The Hoosier Scoop)