Around the Hall: Show goes on … without Knight

Around the Hall is recommended reading from the Inside the Hall crew. Send us a news tip at [email protected]. 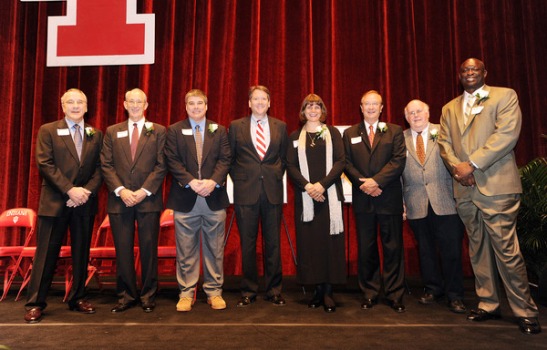 + Chris Korman of the H-T/Hoosier Scoop has highlights from the Hall induction, including the full text of Bob Knight’s letter to Fred Glass that was read at the ceremony. {The Hoosier Scoop}

+ Michael Rosenburg of Sports Illustrated writes that it’s time for Knight and Indiana to move on and bury the hatchet. {SI.com}

+ Terry Hutchens writes that Bob Knight was recalled fondly at the Hall of Fame induction. {The Indianapolis Star}

Quotable: “You are the only person in the administrative capacity at Indiana in the last ten years to say thank you for what we did, and I appreciate your doing so. You mentioned in your letter to me that you would like to sit down and talk with me any place or at any time. I would be willing to do this and would suggest that you bring Bob Hammel with you as he would be a great help in your understanding why I feel as I do. It is obvious that the people who replaced the aforementioned people over the years have not nearly maintained the standards with Indiana’s athletic program that those people established. I would hope that during your tenure you would be able to get Indiana athletics back where it once was and want to wish you the very best in that regard.” – Excerpt from Knight’s letter to Glass.