Carlino moving to Bloomington, will enroll at South 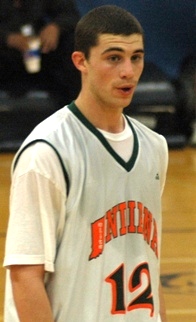 The speculation is over. 2011 commitment Matt Carlino is moving to Bloomington and will enroll at South high school. Talk of this possibility had been circulating for months, but Carlino’s father Mark confirmed the news to Richard Obert of AZCentral.com today:

Mark Carlino submitted his resignation as head boys basketball coach at Gilbert Highland today and will move to Bloomington, Ind., with his all-state son, Matt.

Matt Carlino, a 6-foot-3 point guard  who was the Fiesta Region Player of the Year, will leave this week for Bloomington,  where he will enroll at South High for his final two prep seasons. South is one of Indiana’s premier programs. He committed to Indiana before his sophomore season, one in which he led Highland to the Class 5A Division I final.

“A lot of people will say a lot of things but Matt and myself have a lot of great feelings not only about Arizona and Arizona basketball but a lot of the people involved in it, as well,” said Mark Carlino, who will make the move himself in early June.

A couple of things: First, the addition of Carlino cements South as the favorite to win the state title again. Second, it will give Carlino the chance to get acclimated to living in Bloomington. He’ll get to attend games regularly, play pickup games and be around the program. Which is a good thing.

But on the other side of things, am I the only one who wonders if officials at competing programs (and perhaps the IHSAA) might have a problem with this? I’m no expert on transfer rules, but the IHSAA rule states you are ineligible if you “transfer from one school to another school primarily for athletic reasons.” And with the move being high profile, I’m sure this issue will be discussed.